The keto diet is one of the most popular diets because it forces the body to burn fat. However, this shouldn’t be the only reason to implement this diet. Scientists have discovered that the keto diet could have a role in keeping you healthier.

Read on to learn more about this.

The keto diet is a high-fat, moderate-protein, and low-carb diet. Such a diet causes a condition called ketosis, during which our body doesn’t have enough carbs to burn, so it focuses on fat.

Two 2017 studies published in the Cell Metabolism journal explored whether the keto diet prolongs our health as we age.

The first study discovered that mice exposed to a cyclic keto diet for an extended period starting from middle age had a reduced midlife mortality rate and improved memory.

The second study was also conducted on mice and showed that this diet improves motor function, muscle mass, and memory. Moreover, it also extends longevity.

Since the studies were conducted on mice, it’s hard to claim the keto diet has the same effect on humans. However, the authors stated the results are highly suggestive of the anti-aging properties of ketones.

While the keto diet has numerous benefits, it’s not appropriate for everyone. If you have diabetes, kidney or heart disease, or a pancreatic condition, it’s vital to consult a doctor before starting the diet. Since the keto diet revolves around consuming high amounts of fat, it can worsen your condition.

Some people swear by the keto diet, while others don’t support it. Regardless of whether you like the diet or not, don’t forget about the basic guidelines for a long and healthy life. Focus on healthy foods, drink enough fluids, get enough sleep, exercise regularly, and socialize often. 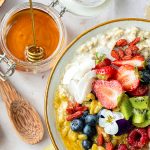