Many experts have recommended changing white bread for wheat bread to lose weight. However, recent findings have shown this bread isn’t the best choice for losing weight.

Read on to learn which bread you should eat and why.

Wheat bread is often recommended as an excellent alternative to white bread for losing weight. It has a high fiber level and helps extend the time between meals. However, a study published in Clinical Nutrition showed that wheat bread isn’t the healthiest option.

The study involved 242 overweight male and female participants between 30 and 70 years of age. The participants were randomly divided into two groups. One group ate refined wheat products, while the other ate grain rye products of the same energy value. Both groups received advice and dietary recommendations from a nutritionist.

The study lasted for 12 weeks, and the results were very interesting. While both groups lost weight, participants who consumed rye products lost around one kilogram more than those who ate wheat. Moreover, the group that ate rye products also lost more body fat.

Rye bread is known to have a higher fiber intake than wheat bread. Plus, it’s also packed with nutrients such as selenium, manganese, copper, iron, vitamin B6, etc. Even though the study’s authors stated more research is necessary, they concluded that rye bread is more effective for weight loss.

Besides choosing the right bread, it’s necessary to adopt a healthy diet based on fruits and veggies. Moreover, focus on drinking enough fluids and exercising regularly. Finally, don’t forget that losing weight takes time and effort. 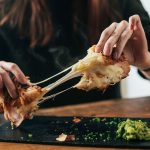 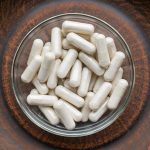